UVC-LED is also known as deep ultraviolet LED. With many advantages such as small size, fast opening speed, low power consumption, etc., it has opened up new application scenarios in the ultraviolet sterilization market and formed a trend of replacing UV mercury lamps. White LED from ten years ago.

Since 2018, the prices of original deep-ultraviolet UVC-LED lamp beads at home and abroad have been lowered one after another, and continued to reduce prices to support market demand.

The emergence of huge market opportunities has also put forward higher requirements for solution suppliers and lamp bead packaging factories: how to make good use of deep ultraviolet LEDs? This is about the answers to the following three questions:

1. Where is the deep ultraviolet application market?

2. What specifications of deep ultraviolet LEDs are used?

3. How to use deep ultraviolet LED?

Where is the deep UV application market?

The logic behind this classification is the comprehensive consideration of application cost, program maturity, product development cycle and technological competitiveness.

What specifications of deep ultraviolet LEDs are used?

Based on the current product status on the market, the available deep ultraviolet UVC-LED power ranges range from 2 mW, 10 mW to 100 mW. The sterilization effect and sterilization time should be given priority when selecting the power to be used. It is known from some test data that a 3 mW UVC-LED with an output angle of 60° can kill 99.99% of Escherichia coli on the surface within 10 seconds at a distance of 2 cm.

Therefore, for humidifiers, ice machines, water dispensers, water tank antibacterial, smart toilets and other similar static sterilization scenarios, the mainstream usage is to use a 2~4 mW light power level UVC-LED; air purifiers, air conditioners and other flowing air sterilization The scene usually uses 2~3 10 mW UVC-LEDs; the total power of dynamic water sterilization scenes such as direct drinking fountains should be at least 50~100 mW. The cost of the solution can be roughly calculated based on the total mW.

When choosing the peak wavelength of UVC-LED, you need to understand the following technical points:

1. The most suitable wavelength for sterilization is 265 nm, not the characteristic wavelength of low-pressure UV mercury lamps at 254 nm. As shown in Figure 1 (right), UVC ultraviolet rays with a wavelength between 240 and 290 nm have good sterilization effects;

2. For UVC-LED, the sterilization effect depends on both the peak wavelength and the optical power.

For example, the bactericidal effect of 270 nm is 30% better than that of 280 nm; 30% higher light power is also 30% better. (So ​​it can be converted, the bactericidal effect of 2.6 mW 280 nm UVC-LED and 2mW 270 nm UVC-LED is the same) However, considering that the average peak wavelength of each manufacturer has little difference, in fact, optical power is the most important measure of sterilization efficiency index.

Just like the arms race of major manufacturers in the white LED market in the early days, the lamp bead life of deep ultraviolet LEDs is also regarded as an important standard for their product quality. With the lessons learned from white LEDs, the best standard for UVCLED life selection is also to comply with the appropriate standards.

Identifying the actual needs of the application scenarios for the life span is conducive to reducing the cost of the solution and bringing more market opportunities. Or take the mainstream UVC-LED products on the market as an example. The claimed lifetime is 15000 hours at the highest and 2000 hours at the lowest. But how long does the application require? If we carefully analyze product requirements, we will find:

Carefully calculate the life requirements of the application scenarios for the lamp beads, find the most matching lamp beads and price, and believe that the value of UVC-LED can be maximized from the perspective of suppliers and customers.

In fact, no matter how large a UVC-LED is selected, you can design enough lamp beads to completely cover the sterilization space you need. In particular, in scenes that are not sensitive to the sterilization range, a small light exit angle can make the light more concentrated, so that the sterilization time is shorter.

How to use deep ultraviolet LED?

The problem at the solution level actually involves a lot of details, especially specific to actual application scenarios. Take the “Where is it used?” mentioned in the first section as an example. In simple terms, deep ultraviolet UVC-LED is used like this:

Smart toilet, food preservation box, smart trash can: embed UVC-LED lamp beads on the side or top of the appropriate inner cavity, and use ultraviolet rays to directly sterilize the sterilized objects. The sterilization time is initially converted according to the irradiation distance, area and sterilization efficiency .

The water flow of this type of application is usually 1~2L/min, not more than 2L/min. Special UVC-LED sterilization components need to be connected in series in the pipeline to complete the instant sterilization of the flowing water inside the components. 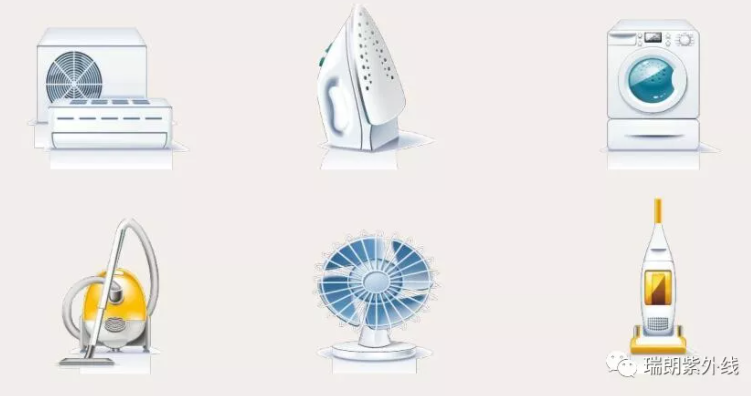 Haier’s new maternal and infant air conditioner mentioned that the sterilization effect of air sterilization rate is 90% in 2 hours. The problem is that infants living in a sterile environment will be less immune. This fact has been widely recognized and scientifically explained. It is not the mission of deep ultraviolet sterilization technology to completely kill bacteria in the air.

Yes, no technology should completely kill the bacteria in the air. The entry point of the deep ultraviolet air sterilization technology should be the filter and evaporator that easily cause air pollution [2]. In long-term use, dust and water vapor accumulate in these places and become a breeding ground for various bacteria and odors, which also directly leads to the deterioration of air quality in the living environment. Purification filters and evaporators should be the focus of deep ultraviolet LED technology.

A constant current circuit should be used to drive deep ultraviolet UVC-LEDs. The reason is:

2. If a constant voltage drive is used, the LED temperature rise during the working process will cause the LED current to become larger, and the optical power becomes uncontrollable. Using constant current drive can avoid this problem.

Renownuv Vision: By focusing on the continuous development of products and services to guide customer needs, become a professional company recognized by global users.
Renownuv mission: establish a highly competitive technology company through a unique culture, provide customers with excellent products, and enable them to establish a deep relationship with the company.
This article is Renownuv’s original article, please attach the source for reprinting:www.renownuv.com